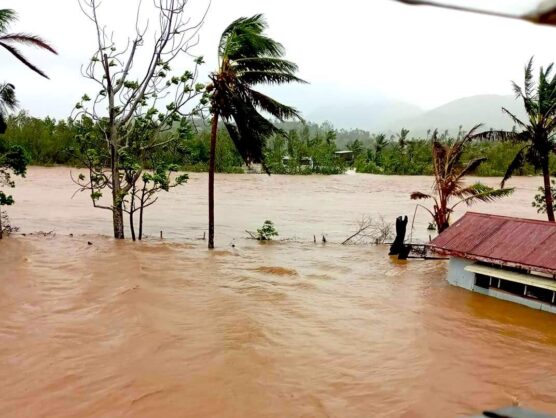 With the world’s attention focused on the COVID-19 pandemic, Fiji has had to look within to build disaster resilience, writes Kalei Billings-Dugu with Hugh McClure.

Why didn’t you evacuate earlier?

I wish you would move somewhere safer, like back to Pacific Harbour!

These were the thoughts that ran through my head in late January as my father sent a video of floodwaters gushing through his community in Labasa in Fiji.

Dozens of photographs were uploaded to Facebook – of the church where my father preaches besieged by water, and of my elderly parents scrambling into a small boat. Fiji was facing its latest natural disaster, Tropical Cyclone Ana, and my parents were being evacuated to higher ground.

Mother Nature has been harsh to Fiji over the past 12 months. Like other Fijians, my parents have experienced three significant cyclones in this period. First was Harold, which destroyed nearly 2,000 buildings. Next came Yasa in December, which impacted 850,000 Fijians and resulted in severe coastal inundation. But it wasn’t until Ana arrived in January that my parents’ community was directly in the path of the storm and they had to evacuate for the first time.

But it wasn’t just the frequency of these cyclones that made them different, it was that they hit during a global health pandemic.

Fijians awoke to news in March 2020 that the virus had arrived on Fiji’s shores. The first case was met with a swift and decisive response: international borders were snapped closed, lockdowns were implemented, curfews strictly enforced, and caps imposed on the amount of people we could visit. The fabric of Fiji’s social lifestyle changed instantly, and sadly many jobs were lost and livelihoods impacted.

Much has been made of the way in which border closures have affected trade and tourism. But for Fiji, one of the world’s most climate vulnerable nations, a lasting impact of the pandemic is the way it affected humanitarian assistance and disaster response (HADR).

Five years ago, Fiji was hit by Tropical Cyclone Winston. Winston was met with a regional response, and aid workers arrived from multiple development partners as well as international non-government organisations (NGOs). Boots on the ground from aid workers were matched by the timely arrival of supplies.

But all of this is complicated by a global pandemic, particularly when Fiji’s successful COVID-19 response to-date – community transmission has not been detected since April 2020 – has hinged on a strict policy of closed borders and hotel quarantine. Thankfully, the transition to domestic response capacity had already begun.

With borders closed, Fijians had to largely look within to respond to Cyclones Harold, Yasa, and Ana. The usual flow of HADR workers were not able to reach Fiji, and vital aid supplies needed to be quarantined and sanitised to reduce the risk of introducing COVID-19 to communities, delaying how quickly they could reach people in desperate need. With thousands staying in shelters, and sanitation and hygiene limited, the risks of a COVID-19 outbreak were catastrophic if the virus entered a community.

Fiji’s new National Disaster Risk Reduction Policy, launched in 2019, received a high-profile baptism of fire. Speaking at the policy launch, Prime Minister Bainimarama stated: “We cannot wait on the world to save us. We must act to save ourselves in every way possible. This policy document lays out our game plan to shield our people, communities and economy from preventable devastation.”

The policy internalised and localised disaster response to Fiji’s benefit.

As Fijians looked within, one of the organisations that has stepped up to the plate has been the Fiji Council of Social Services (FCOSS). Responsible for coordinating civil society during disasters, they are active players in Fiji’s disaster management system.

Critical to their assistance was the development by FCOSS of protocols to guide and coordinate civil society and community-based organisations at the district level, and filter information to government offices. These processes streamlined assistance, and the Fijian Government is now turning to FCOSS for more support.

“The double crises we faced, first COVID-19 and later Tropical Cyclone Harold, gave us the opportunity to systematise community responses and embed these into the existing national humanitarian structures. This helped the government and other stakeholders recognise the importance of accelerating localised responses to disaster events.”

These policies have boosted resilience and the ability for government and communities to respond to disasters. Clear articulation and communication of risks, procedures, and priorities has enabled effective multi-sector risk planning. Resilience involves leveraging partnerships to achieve outcomes, rather than being led and directed by those with limited local engagement. The inclusion and coordination of citizens has facilitated a locally-managed approach – which frames donor engagement according to clear priorities.

With the world’s attention fixed on the compounding global pandemic, these three cyclones gathered less international attention than usual. Unlike for Cyclone Winston, many aid partners and NGOs did not come rushing. However, enduring friendships with Fiji came to the fore.

The sad reality is that Fiji will encounter more cyclones. The International Panel on Climate Change predicts that once-in-a-century climate disasters will become annual events this century. With no end-in-sight to the COVID-19 pandemic and its associated international travel restrictions, it is more than likely that there will be more natural disasters before borders reopen.

‘Dei tiko na vakabauta’ is a Fijian term which means to be ‘steadfast in belief’ – sometimes you just have to bow your head, say a prayer, and weather the storm. But the response to these three cyclones shows that Fijians are not only weathering the storm – they are picking themselves up and responding with agility to strengthen processes and boost the country’s resilience. 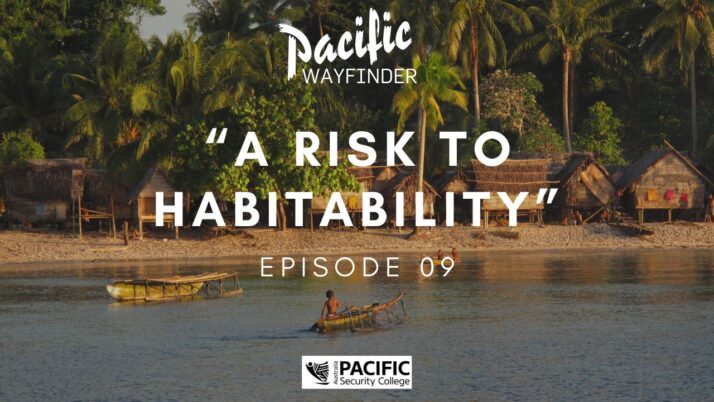 The latest Intergovernmental Panel on Climate Change report provides sobering insights into the pace of global temperature and sea-level rises, and a growing number of Pacific climate scientists are urging policymakers to take action, Ben Bohane writes for the Pacific Wayfinder series. It is rare for the release of scientific papers to generate global media…