Creating an inclusive Indo-Pacific: a missed opportunity for talanoa?

Creating an inclusive Indo-Pacific: a missed opportunity for talanoa? 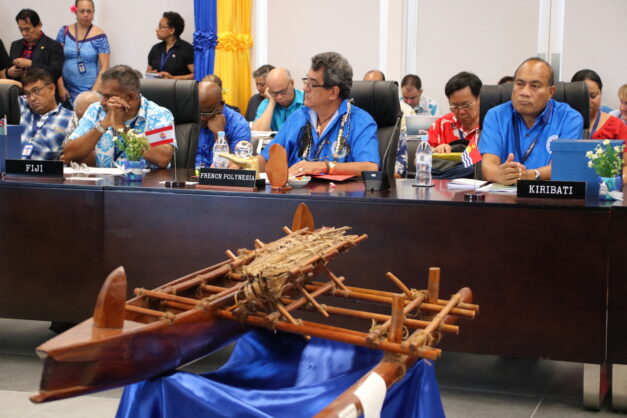 Australia needs to better engage Pacific leadership around the Indo-Pacific concept, but there is also an opportunity for the Pacific to shape the region’s narrative, Henry Ivarature writes.

The Indo-Pacific geostrategic narrative is an uncomfortable one for Pacific leaders.

In a quote posted on social media, Dame Meg Taylor, who was until recently the Secretary-General of the Pacific Islands Forum (PIF), said:

“I find it so offensive that all of a sudden the region that we all come from is defined by people who are great military powers, who have no consideration for the peoples in the region, or our governments in the Pacific, and the lack of deep consultations.”

Dame Meg’s views are not new. In a speech to the Lowy Institute in 2018, Prime Minister of Samoa Tuilaepa Sailele Malielegaoi said:

“… we are again seeing invasion and interest in the form of strategic manipulation. The big powers are doggedly pursuing strategies to widen and extend their reach and inculcating a far-reaching sense of insecurity… For the Pacific there is a real risk of privileging ‘Indo’ over the ‘Pacific’. There has been a reluctance to engage in open discussions on the issue and to share information to assist us in decision making.”

Harsh adjectives aside, both leaders point to the absence of consultation – or talanoa – with Pacific leadership.

Could the arrival of the new PIF Secretary General Henry Puna present Australia, as a Forum member and proponent of the Indo-Pacific narrative, with an opportunity to address these concerns and create a more inclusive dialogue?

It is less appealing to Pacific leaders, many of whom see growing Chinese engagement as more of an opportunity than a threat.

Despite these differences, the two concepts could be complementary rather than conflicting. Assuming Pacific interests are in the minds of Australian leaders, they must talanoa with their Pacific ‘family’ on Australia’s vision of the Indo-Pacific.

This vision, as set out by Frances Adamson, former Secretary of Australia’s Department of Foreign Affairs and Trade, revolves around four areas. The first is for a region where disputes are resolved peacefully in accordance with international law without threats, the use of force, or coercion. The second is about a region of open markets that facilitates the flow of goods, services, capital, and ideas. The third is about economic integration that is inclusive and open to all the region’s economies. The last is that rights of freedom of navigation and overflights are upheld and the rights of small states are protected.

In light of these goals, it is important to position the Pacific in this broader geostrategic framework in light of the great power competition, and for Pacific Island countries (PICs) to participate in the conversation. At present, the region is often only a spectator, and as Malielegaoi pointed out, PICs are seen as “pawns in a geopolitical power struggle with China”.

The Pacific’s concerns and interests must be addressed. Rather than stand outside Indo-Pacific dialogues, the Pacific and its regional organisations need to be heard — much like they have on other central issues such as oceans and climate change.

Without engagement, the Indo-Pacific concept creates a sense of insecurity for PICs. Regional leaders are aware of the impact great power rivalry has had in the Pacific, which was felt intensely during the Second World War and nuclear testing. The difference today is that the region has the leadership, experience, and institutional architecture to engage and influence — if it chooses.

Unlike the Indo-Pacific, the Pacific Ocean is more than a mental map. It’s about Pacific peoples’ identity as stewards of this shared ocean space and resource that connects and unites them. Pacific leaders need to accelerate the international understanding of this ocean-identity.

They also need to find a way to ensure the Indo-Pacific framing is respectful and supportive of Pacific sovereignty, identity, and development. Complementary narratives are required to gain Pacific commitment.

The Pacific also has its home-grown security roadmap — the Boe Declaration on Regional Security – endorsed by Forum leaders in 2018. Climate change is central to all regional and national security strategies, so any framing of the region as the Indo-Pacific must also deal with the nexus between security, development, and environmental challenges in the region.

Statements like Tuilaepa’s, that the “Indo-Pacific is used by Australia and its partners to link the Pacific and Indian Oceans as their region of strategic interest,” could be softened, if the rationale for the Indo-Pacific is to be a shared one that’s respectful and inclusive of Pacific people.

Such a shared vision is not out of reach, nor is it incompatible with the Pacific talanoa approach.

If a lack of inclusion in the Indo-Pacific framing by the major players is the issue, then more inclusive consultations ought to take place, not only to offset misunderstandings, but to pursue the collective interests of the region. Otherwise, the Indo-Pacific could be a fragmented and unhappy space. 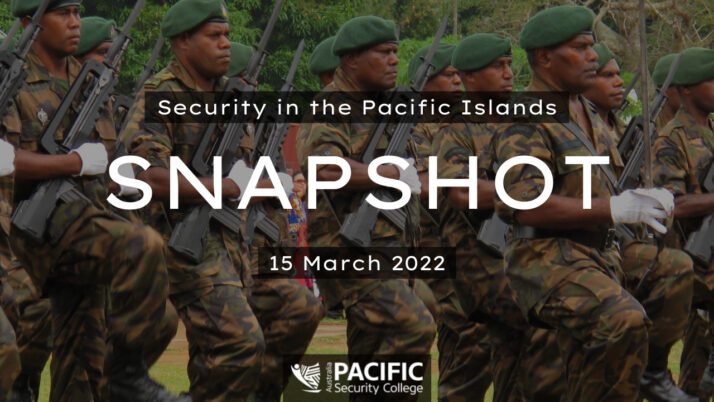 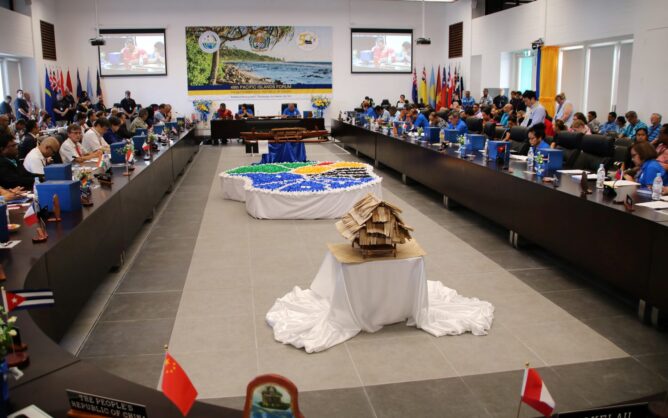 Leadership and the Pacific Way

Will the leadership tussle within the PIF be resolved using the Pacific Way? Dr Henry Ivarature looks back to a previous era to see if it offers lessons on the current impasse. Reports indicating Pacific Islands Forum (PIF) Secretary General Henry Puna will step down to prevent Micronesian nations from withdrawing from the Forum have…