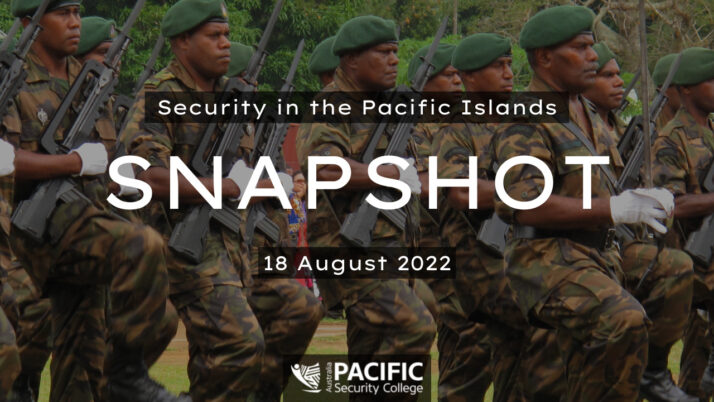 Democracy is in the news as James Marape has secured another term as Prime Minister of Papua New Guinea after a controversial election, whilst Manasseh Sogavare of Solomon Islands has attempted to defer his country’s election one full year.

James Marape was elected unopposed as Prime Minister of Papua New Guinea (PNG) during a sitting of the National Parliament last week.

Marape’s Pangu Pati party leads a coalition government of at least 17 parties following extensive negotiations at a post-election negotiation camp at Loloata on the outskirts of Port Moresby. Two women have been elected so far to PNG’s parliament of 118 seats, the first time women will sit in the chamber since 2017.

Whilst the election draws to a close, it has been left marred by violence, allegations of vote tampering, internal displacement and incomplete electoral rolls. PNG security forces have reported 30 deaths associated with election violence with 237 arrests made across seven provinces, mostly concentrated in the Eastern Highlands.

Prime Minister Marape told the National Parliament that reform of electoral processes including updates of the common roll, increased oversight of the Electoral Commission, and the introduction of reliable identification systems will be key priorities for the new government.

In other anti-organised crime  news, last week the United States launched a new US$10 million project to combat human trafficking in Marshall Islands, Fiji, PNG and Tonga via USAID in partnership with the Asia Foundation. The Pacific Regional Initiative to Counter Trafficking in Persons (Pacific RISE-CTIP) seeks to engage government, civil society, and business to facilitate cross-sectoral approaches to the issue.

In region-wide news, the Pacific Islands Forum Economic Ministers Meeting (FEMM) was held in person for the first time in three years. Pacific Treasury and Finance Ministers considered ways to deliver the 2050 Strategy for the Blue Pacific Continent economic priorities and ongoing initiatives for sustainable recovery from COVID-19.

Pacific Islands Forum leaders are set to meet President Joe Biden at the White House in Washington next month, coinciding with the United Nations General Assembly. The announcement was made by United States Secretary of State, Wendy Sherman, during her tour of the region.

Turning to climate security, Vanuatu has committed to 100 per cent renewable electricity generation by 2030. This came alongside a renewed push for the establishment of an international loss-and-damage finance facility that would see large polluters pay for climate-induced damage, especially in the Pacific. This sets the scene for greater advocacy on climate financing at COP27 in Egypt later this year.

Meanwhile, Cook Islanders have been urged to conserve water due to extreme drought. Meteorological authorities have warned that without reducing consumption, there is insufficient water to last more than two to three months. Kiribati also continues to be impacted by drought after their declaration of a state of disaster last month.

In Solomon Islands, Prime Minister Manasseh Sogavare said he wants to delay next year’s election until 2024 to avoid clashing with the 2023 Pacific Games, prompting significant criticism from the opposition. Meanwhile, high-level delegations gathered in the country to commemorate the 80th anniversary of the Battle of Guadalcanal.

COVID-19 is still a point of concern in the region. Marshall Islands lost its COVID-19-free status, with community transmission reported for the first time since early 2022. Cases have soared this week with 2,800 confirmed in the capital, Majuro, with a population of 22,500. President David Kabua advised people to follow the current COVID-19 protocols, with masks now required in public. The start of the new school year in the country will also be postponed by two months.

In Kiribati, High Court Justice David Lambourne has been released from immigration detention following an unsuccessful attempt to deport him in the midst of an ongoing dispute over the country’s separation of powers. His release followed a several hour stand-off as the government refused to allow a Fiji Airways flight to depart unless the Justice was on board. Due to the suspension of multiple High Court positions, including Justice Lambourne, the country has now been left without a functional high court.

Samoa’s Faleolo International Airport has received a major security improvement with the introduction of an airport identification card system as a part of the Pacific Security Fund by New Zealand. The new system will prepare identification cards for people entering airport premises allowing officials to better regulate entry.

Finally, New Caledonia and French Polynesia have started to vaccinate against monkeypox in response to the World Health Organization announcing 90 countries worldwide have reported over 27,000 cases of the disease this year.

The information in this piece is accurate as of 12pm (AEST), Friday 15 August. 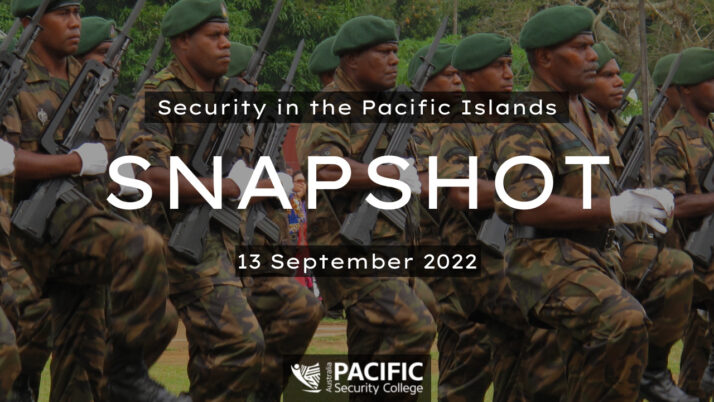 Election uncertainty is featuring in news across the Pacific, while several countries in the region are wrestling with environmental security challenges. Tensions have continued in Solomon Islands, with a moratorium announced on foreign navy vessels, following controversy around an American coast guard vessel which was denied entry to Honiara for a scheduled port call three… 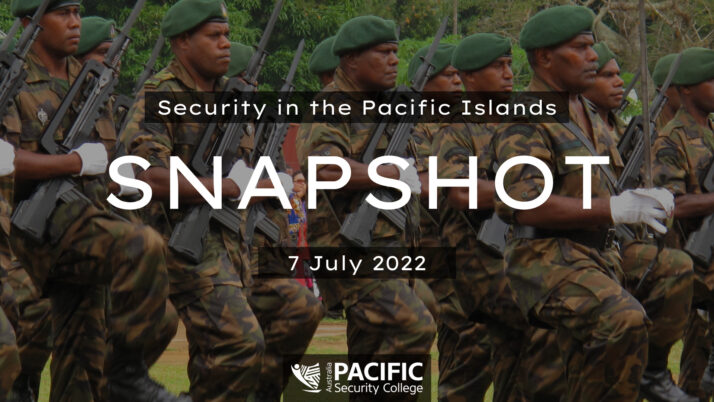