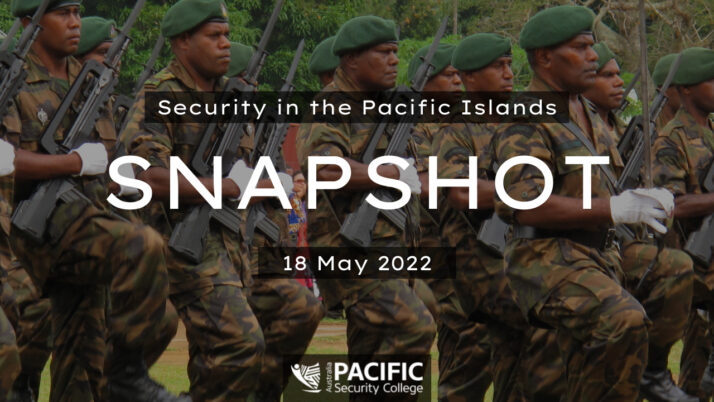 Fiji has found itself caught in the middle of a dispute between the United States and a Russian oligarch, whilst a major new Australia and New Zealand-backed tuna processing plant has been announced for the Solomon Islands.

The Russian superyacht Amadea has been embroiled in a series of court cases and appeals, as American and Fijian authorities attempted to execute a Washington-issued warrant for its seizure.

Initially, the Fijian High Court ruled in favour of the United States Government and Fijian authorities, allowing local police and American law enforcement to board and seize the vessel. However, the Fiji Court of Appeal approved a stay on the execution of the warrant until an appeal can be heard Wednesday 18 May. The yacht still cannot leave Fijian waters and is currently in police custody for at least the next 30 days.

Tuna has been making waves in Solomon Islands, with a major processing plant set to deliver more than 5,500 jobs in Malaita province. The project supported by the International Finance Corporation and the Australian and New Zealand Governments, is expected to generate US$40 million in foreign investment. As part of the deal, long-term fishing rights will be allocated to investors who construct and operate the plant, with the project expected to be completed in the next two to three years.

Papua New Guinea (PNG) Prime Minister James Marape has opened a new Defence Force Forward Operating Base in Tari. The barracks can accommodate 120 soldiers and is part of an agreement signed between the Hela Provincial Government and the PNG Defence Force (PNGDF) in 2020.

Additionally, the Chief of Australia’s Air Force signed a memorandum of understanding with the Chief of the PNGDF to assist in the building up of the country’s air capabilities.

In other military news, a 10-day military exercise dubbed ‘Marara 2022’ has been launched in French Polynesia by the commander of the French Armed Forces in the Pacific. The exercise is designed to assist the 12 participating countries – including France, the United States and Singapore – in responding to a future cyclone.

New Caledonia’s pro-independence movement (FLNKS) has rejected calls to negotiate a settlement with the territory’s anti-independence parties. Instead, FLNKS and five other nationalist parties said it will only agree to negotiate a plan that guarantees New Caledonia’s accession to full sovereignty, and only with the French national government. This comes as anti-independence parties call the decolonisation process ‘complete’ following last year’s controversial referendum, which was boycotted by a majority of eligible voters.

Despite a slight resurgence of COVID-19 cases in the region, more Pacific countries have opened their international borders in the last fortnight. The Samoan Government announced its international border will open in August, and Tonga’s Tourism Authority announced that its border would be open to non-citizens from October and November.

Niue also announced the opening of a quarantine-free travel bubble with New Zealand from 27 June, whilst Vanuatu recently welcomed a number of repatriation flights, in anticipation of its forecasted border reopening in July. Solomon Islands has also begun preparations for its border opening in July, with a draft plan to be submitted to cabinet for approval by 13 May.

In Guam, concerns have been raised about the territory’s Terminal High Altitude Area Defence (THAAD) battery being moved from Andersen Air Force Base to South Finegayen, which is closer to civilian populations.

Elsewhere, Japan’s foreign minister visited Palau and Fiji to hold meetings with the heads of both countries and Secretary-General of the Pacific Islands Forum Henry Puna. Discussions revolved around matters such as the war in Ukraine and the importance of a ‘free and open Indo-Pacific’. Meanwhile, the Fijian and New Zealand militaries held their annual bilateral discussions in Suva.

Compiled by the team at the Australia Pacific Security College, the Pacific security snapshot series highlights the human, environmental and traditional security developments that are shaping the region every month. The information in this piece is accurate as of 12pm (AEST), Thursday 12 May. 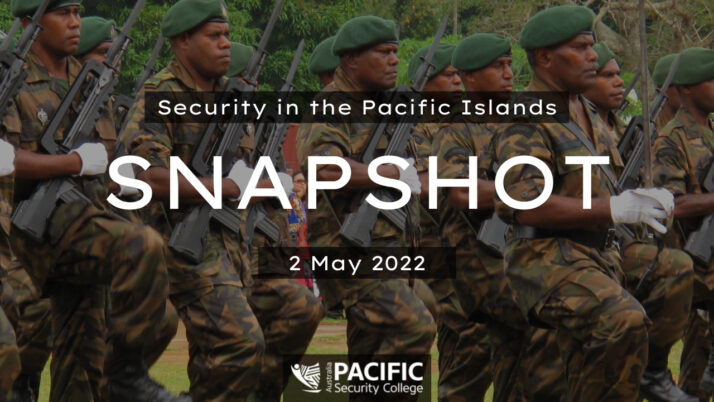