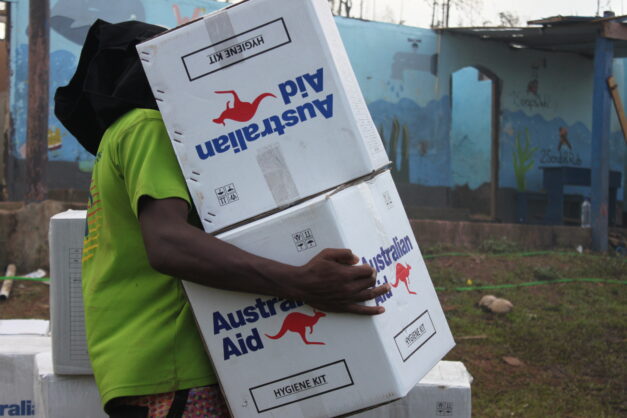 Despite claims of a Pacific ‘Step-up’ and ‘Reset’, very little has changed in Australia and New Zealand’s attitude to the region, former Secretary of Papua New Guinea’s Department of Foreign Affairs Leonard Louma writes.

I have been pondering the ways Pacific countries can work with their traditional development partners, particularly Australia and New Zealand, in the days following a recent Australia Pacific Security College webcast. I appreciated Australia’s Minister for International Development and the Pacific, the Honorable Senator Zed Seselja, and Her Excellency Dame Annette King, New Zealand High Commissioner to Australia, taking a chance by being part of such an open forum with Professor Meg Keen, particularly when Pacific voices had the opportunity to ask challenging questions.

I come to this conversation with a long experience of dealing with both Australia and New Zealand. I have worked at senior levels in the Papua New Guinea (PNG) Government and sat across the table from New Zealand and Australia in the tough work of bilateral and regional diplomacy. I have seen the engagement pattern of both countries over a long period of time.

I thought the discussion was revealing, but the responses by both Minister Seselja and the Dame King did not signal any significant paradigm shift in the way their countries are approaching regional needs concerning climate change and environmental challenges, or in how they intend to deliver their development assistance in the region.

In other words, I did not see a Pacific ‘Step-up’ or a ‘Reset’, just business as usual.

My assessment may be a tough one to swallow in Canberra and Wellington, and it is made with due acknowledgement of enhanced effort. For example, New Zealand and Australia’s commitment to deliver COVID-19 vaccines to the Pacific and provide economic relief is to be commended.

It has been a massive humanitarian undertaking, one for which the Pacific family is grateful and appreciative. But is it a genuine change? A surging humanitarian response is consistent with past practice of both countries, but previous surges haven’t stopped their attention from being drawn elsewhere once the crisis has passed.

Climate continues to be the sticking point for Australia. Minister Seselja clearly considers that Australia has a strong case to make on its climate efforts. He explained how Australia is funding climate adaptation in the Pacific. However, it is in climate change mitigation that things get murkier.

According to Minister Seselja, Australia has reduced its emissions by about 20 per cent, which he claims is far better than most developed countries. Of course, other assessments of Australia’s efforts have been far less positive, showing that the starting point for your measurement of success matters, as does how you count the yards.

Australia may consider it has a case to make but, if so, it isn’t cutting through with Pacific partners. With the 2021 United Nations Climate Change Conference approaching fast, Australia needs to be clear and open about its mitigation efforts to address this existential threat. Pacific Island states have clearly made mitigation a top priority, in both the 2018 Boe Declaration on Regional Security and the 2019 Kainaki II Declaration for Urgent Climate Change Action Now.

In addition, I thought opportunities to convince viewers and listeners of a real reset in policy were missed by the New Zealand High Commissioner when discussing how the Pacific might be brought into the conversation around the Indo-Pacific regional narrative.

Dame Annette said New Zealand’s priority was to include Pacific voices in regional rule-setting and flagged the Asia-Pacific Economic Cooperation (APEC) forum in passing. This struck me as an odd forum to choose, as APEC excludes Pacific states, with the exception of Papua New Guinea. Perhaps New Zealand intends to broker greater cooperation between APEC and the Pacific Islands Forum to draw our region into the debate on rules for the Indo-Pacific? If so, it would be a welcome step forward.

There was also a missed opportunity in discussing the possible leadership role that civil society organisations (CSO) and non-government organisations (NGOs) can play in framing and shaping policy. Instead, both speakers emphasised the importance of direct budget assistance to national governments.

While the nod to sovereignty is important and admirable, many Pacific governments are excluding or marginalising CSOs and NGOs at a time when their contribution could be critical – as indicated by a question from the Director of Fiji’s Council of Social Services. New Zealand and Australia also need to recognise they are playing a dangerous game — direct funding into systems with limited accountability can be destablising over time.

Although the Minister and High Commissioner managed to answer many challenging and difficult questions, they also side-stepped others. Regrettably, the Australian Minister skirted the questions on support for the Pacific Island Forum’s Pacific Resilience Facility and the Lowy Institute’s proposed Pacific financing recovery facility. The High Commissioner was also silent on these proposals.

There will be some disappointed listeners, but that is to be expected without a current policy position. However, the absence of a response suggests there is little appetite in Canberra and Wellington for innovative Pacific-led proposals to the developmental challenges of COVID-19 and the worsening climate.

If there is anything I would like to emphasise it is the tendency for Australia to react to what China does in the region, particularly when it comes to infrastructure. Imagine how different it would be if Australia took initiatives and let China react in whatever way it feels necessary. The narrative and optics would be controlled by Australia.

The Minister and High Commissioner should be commended for their openness and willingness to push the Pacific security conversation forward. The Pacific got some insight into Australia and New Zealand’s thinking on security risks and their potential response. However, when considered in the light of Australia and New Zealand’s long engagement in the region, it appears to be business as usual rather than transformative change. 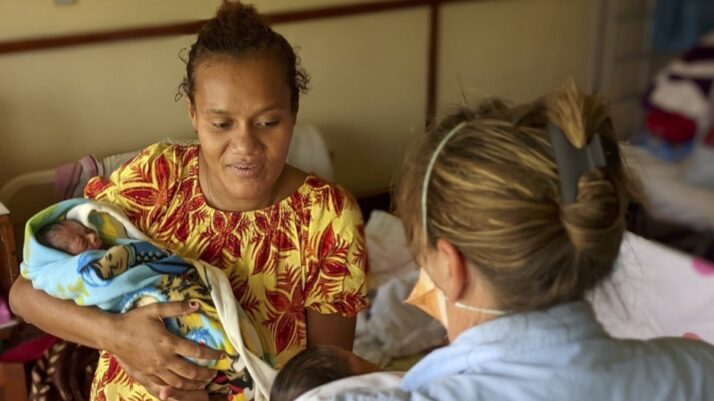 Partners in the Pacific

As head of Australia’s Office of the Pacific, Ewen McDonald reflects on how Australia continues to support the Pacific in challenging times.