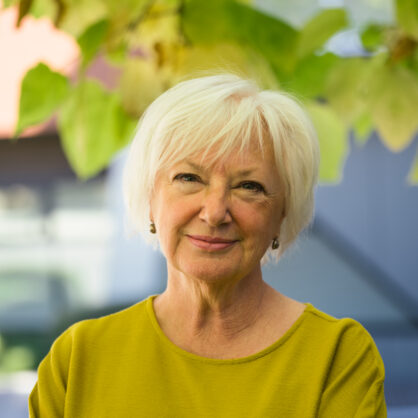 Ali Gillies is the Senior Adviser at the Australia Pacific Security College.  She has over thirty years’ experience in international development, specialising in the special challenges of fragile and conflict affected areas. She has worked for AusAID, the World Bank – where she was a founding member of the World Bank’s vanguard Low Income Countries Under Stress Group – and an Australian NGO.

She was Minister Counsellor responsible for Australia’s aid to Timor-Leste and has led policy and program implementation in humanitarian responses and development programs in Papua New Guinea, South East Asia, Africa and Middle East program.  She advised the Minister for Foreign Affairs on Pacific issues. She has led Australian negotiations for the replenishment of aid funds to the World Bank, and been responsible for policy advice on the United Nations development agencies. She has been Gender Coordinator for the aid program, and was a founding member of the Women and Development Network of Australia. She was Development Adviser to the Minister of Foreign Affairs and seconded as an aid expert to an Australian parliamentary review of development assistance.

She has a long history of working with other donors through the OECD where she was most recently co-chair of the Task Team charged with improving the effectiveness of aid in fragile and conflict affected countries. She also co-chaired, with the Deputy Minister for Finance of Afghanistan, the International Dialogue on Peacebuilding and Statebuilding Working Group.

Her most recent role in AusAID included responsibility for CivMil and National Security coordination. Since retiring from the public service in February 2014, Ali has consulted for the World Bank and Asian Development Bank., designed and facilitated courses at the ANU’s National Security College, and mentored participants at the Centre for Defence and Strategic Studies and the Australian Civil Military Centre.