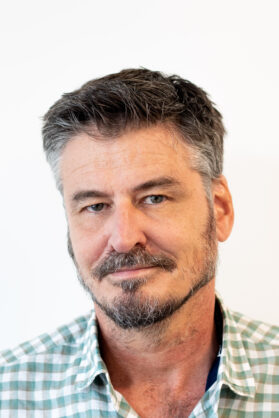 Ben Bohane is an Australian photojournalist, producer and policy analyst based in Vanuatu.

For 30 years he specialised in reporting conflict and religion across the Asia Pacific region for a variety of global and Australian media.

From 1989-2009 he reported on conflict from Afghanistan to Burma to the Solomon Islands.

Between 2009-2016 he was Communications Director for the Pacific Institute of Public Policy (PiPP), the region’s only independent think tank, working on initiatives to spread the policy base so grassroots Pacific islanders had more input into their national policy formulations. PiPP was also tasked by some Pacific governments to help develop policy research and capacity.

He has worked for many of the world’s major news organisations and his photos are collected by The New York Metropolitan Museum of Art, the British Museum and Australian War Memorial, among others.

He was the founder along with Tim Page of the Australian war photographers collective www.degreesouth.photos. In 2019 he was named the inaugural winner of the Walkley/Sean Dorney grant for Pacific journalism.

His books include The Black Islands – Spirit and War in Melanesia, a 20 year photographic journey through kastom and conflict in Australia’s closest island neighbours. Films include “Island Style”, a one hour documentary following Pacific island soldiers in Afghanistan, particularly from Micronesia.

He has an MA in Journalism with a thesis exploring “kastom and conflict” in Melanesia. In 2019 he was commissioned by the Lowy Institute to write their main report ahead of Bougainville’s referendum on independence.

In 2020 he joined the Australia Pacific Security College as Communications Director, where he oversees the output of news, blogs, podcasts and video, highlighting important security issues for a wide Pacific audience and to help better connect Pacific island security experts with their Australian and regional partners.