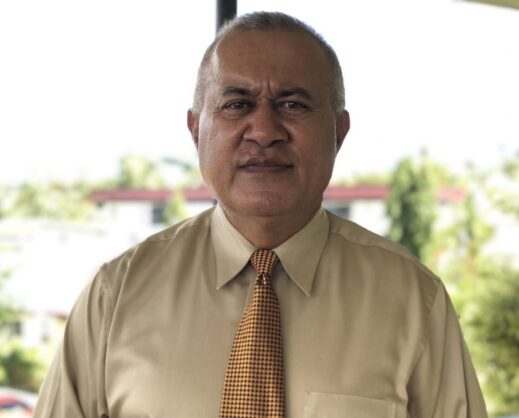 Major General (retd) Ioane Naivalurua is of Fijian descent.  He has had a long and distinguished career in the Disciplined Forces where he reached the rank of Major-General and as an Ambassador in the Fijian Foreign Service.

He served as a diplomat in 2015 when he was appointed Fiji’s Ambassador to China. He has vast experience as a career military officer who has served in peacekeeping duties overseas with the Republic of Fiji Military Forces.  He attended the Royal Military Academy in Sandhurst where he received the best overseas cadet, and later graduated from the Australian Defence College.

He has held senior roles with the Disciplined Forces previously as the Commissioner for Prisons and Correctional Services, and Fiji’s Police Commissioner.  In 2019 Major General (retd) Naivalurua retired from his role as the Permanent Secretary for Foreign Affairs and is known for his professionalism and integrity.