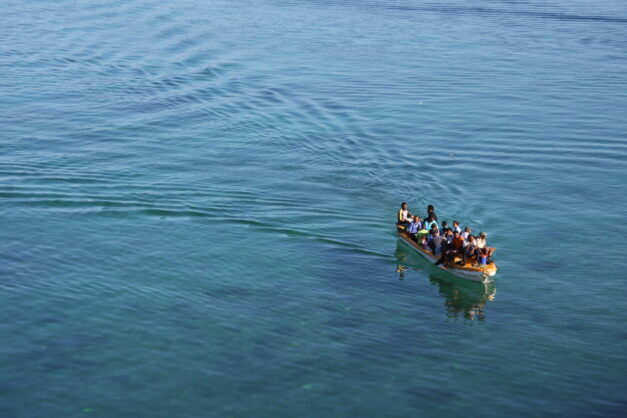 On 4 April, 2022, the Intergovernmental Panel on Climate Change (IPCC) confirmed that it is now ‘almost inevitable’ that rising global temperatures will exceed the 1.5 degrees Celsius Paris Agreement preferential target by 2100.

The impact of this will be worldwide with dire consequences particularly felt in archipelago or island nations. For these countries, climate change induced sea level rise poses severe economic and sovereign challenges. In effect, it will literally reshape maps.

The most recent IPCC report presents several scenarios for global temperature increases over the next 80 years. Joint research by NASA and the IPCC have charted projections of global sea level rise by 2100 based on these projections, relative to a 1995-2014 baseline. Their findings show that even in the most optimistic outcomes – where global greenhouse and CO2 emissions decline to net zero around or after 2050 – archipelago and atoll states such as the Federated States of Micronesia (FSM) and Kiribati will suffer significant changes in their land borders due to sea level rise.

For a country like Australia, while a sea level rise may significantly impact coastal areas, it is unlikely to impact its maritime rights due to its large land area and its elevation above sea level.

This is not the case for island or archipelago states. Under the 1982 United Nations Convention on the Laws of the Sea (UNCLOS), a states exclusive economic zone (EEZ) – which grants a country sole control of all economic resources, including all fish, mining, oil, and gas resources – extends for 200 nautical miles from its shoreline.

For example, the archipelago nation of FSM has an EEZ of approximately 2,780,000 km2, even though it has only 701 km2 of land area. However, across all its islands, the average elevation of Micronesia is between one to five metres. As IPCC and NASA report outline, even with limited temperature rise, it is likely the land area of FSM will considerably contract, which would reduce the size of their EEZ significantly.

This is a major concern as countries such as low-lying island states disproportionately rely on their EEZ for food security, exports, and industry. While the text of UNCLOS does not explicitly allow for maritime boundaries to be shifted, the way it links an EEZ’s starting point to shorelines is concerning.

The central issue is how the term “shoreline” is defined. There are currently two competing definitions. The notion of an ’ambulatory’ shoreline – one that shifts due to tidal patterns or sea level rises – is implied in the current text. As such, should shorelines contract, or an island submerge altogether, island state’s EEZ would correspondingly contract. This definition has historically been promoted by those who seek to profit from changes to other states EEZ’s. For example, in 2009, the United States successfully argued for Mexico’s EEZ to be substantially reduced after an island in the Gulf of Mexico could no longer be located, allowing US companies to use those waters freely.

On the other hand, a fixed shoreline would establish permanent maritime boundaries based on current borders. These boundaries would not change irrespective of sea level rise, thereby giving island states a degree of ongoing economic security.

Under the current ambulatory framework within UNCLOS, Island Nations will not only suffer physical costs from climate change, but economic costs as well. There are several ways in which this could be addressed.

The first would be to amend UNCLOS to explicitly recognise fixed borders. However, to do so would require the agreement of all signatories. Given the economic interests that powerful states stand to obtain under the status quo, this is unlikely.

The second would be to encourage fixed borders in customary international law. It is worth noting that while the 200 nautical mile EEZ was only enshrined in UNCLOS in 1982, in practice these boundaries have been respected for centuries under customary international law. As such, the law of the sea could change by custom before it is changed by law, provided powerful states sign up, recognise, and advocate for fixed EEZs. Given momentum for climate change action, and recognition of the disproportionate impact on the most vulnerable, this is a possibility.

Legally, a ruling by the International Court of Justice or the Hague’s Permanent Court of Arbitration (PCA), favouring fixed baselines could also provide precedent and lead to some momentum towards establishing a new custom. However, it should be noted that some rulings by the PCA have simply been ignored by powerful interests, setting the precedent that states can ignore its findings if they find them inconvenient.

Should no result be found and the economic interests of vulnerable states continue to be ignored, an environment may be created in which illegal fishing, piracy or even conflict could grow. Furthermore, people in economically vulnerable states would be cut off from the economic lifelines their EEZs provide them, further deepening poverty. There is no clear solution yet to this matter. It is clear though, that consensus on this issue is needed to avoid an unjust outcome that disproportionately impacts those most vulnerable. 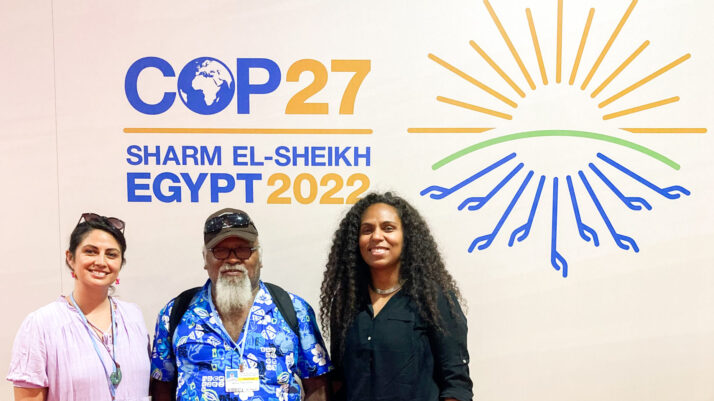 A Tahitian PhD student shares her experience of seeing some Pacific territories represented by colonial countries at COP27. The Pacific region or Oceania, which starts from Asia in the east and expands all the way to the Americas in the West, covers one-third of the world.  A third of the world is mostly a great,… 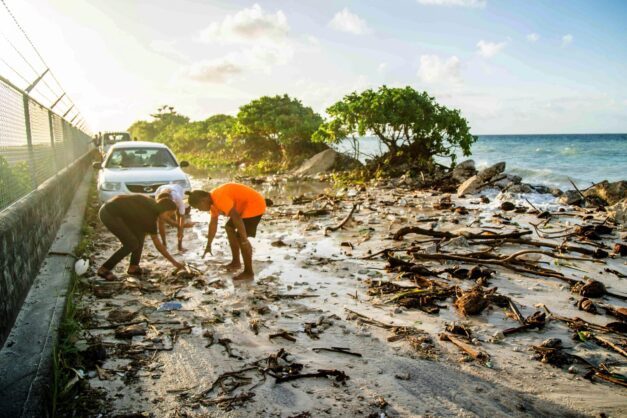 The United States should renew its Compact of Free Association with Marshall Islands and do more to tackle climate change if it hopes to atone for historical injustices and counter China’s influence, Laura Brewington writes. Pacific Island states like the Republic of the Marshall Islands (RMI) are among the first impacted by climate change. This not only…