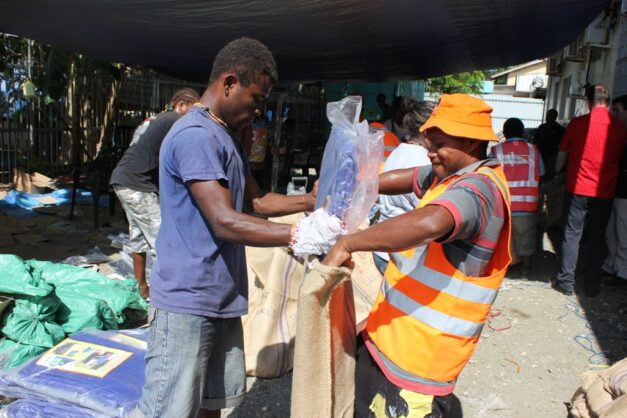 Border closures due to COVID-19 have forced many Pacific countries to become more self-reliant in times of natural disaster, Kira Osborne and colleagues write.

Prior to 2020, ‘localisation’ was fast becoming the latest addition to the international aid and development buzzword dictionary. The Pacific was no exception, but pathways to put words into meaningful action was less clear.

The Head of the Solomon Islands National Disaster Management Office Loti Yates observed: “Localisation I am having difficulties [with], not really to have something bad to say about internationals coming in, but when people say localisation, I say: localisation for who?”

In March 2020 when a series of disasters hit the Pacific Island region, including an unprecedent global health pandemic and a category five cyclone, communities responded with what many have called ‘forced localisation.’

The response, albeit imperfect, provided the first robust example of the region’s ability to respond to disasters in a way that was guided by local institutions, channelled local capacity and, where necessary, leveraged off international technical expertise via remote support and supply drops.

As the frequency and intensity of disasters increase and the challenges of rapid urban growth emerge, so to do questions about the best ways to leverage the Pacific islands’ local capacity and resilience to respond.

A recent report published by researchers at The Australian National University and University of New South Wales examined local responses to disaster resilience in Fiji, Solomon Islands, and Vanuatu in the aftermath of Tropical Cyclone Harold and in the midst of COVID-19.

In-country researchers interviewed 40 key stakeholders from government, non-governmental organisations (NGOs), and community-based organisations on the evolution of disaster responses in the Pacific, and the findings offer promising insights and ambitions for the future.

There was a general sense among interviewees that national response mechanisms across all three countries have markedly improved. Those interviewed acknowledged that the introduction of formal national structures and mechanisms have contributed to the overall improvement in sector coordination and response efforts.

Extending beyond government initiatives, the Australian Humanitarian Partnership was praised for collaborative efforts to strengthen preparedness and response mechanisms and coordination across government and non-government sectors.

The Partnership also provided stronger incentives for Pacific governments to engage local NGOs, although concerns remain about the quality of engagement, with one local NGO questioning if “they were there to warm the seat or to actually influence decision-making.”

Notwithstanding improved regional and national coordination, the study found that gaps emerged at the local level, particularly in urban areas.

The report also identified a number of factors are contributing to inadequate municipal disaster response systems, including rapid unplanned growth, inadequate urban governance structures, and a lack of clarity around local government roles and responsibilities. Data collection systems to underpin rapid responses were also not consistent across constituencies, contributing to duplication of effort or neglect of those in need.

Without co-ordinated and timely responses, the needs of urban populations, specifically those living in informal settlements, go largely unmet by formal institutions and donors. In situations of neglect, informal networks and traditional community structures have often provided more reliable responses with greater reach.

While these community initiatives should be celebrated, caution needs to be taken in placing greater responsibility on informal structures without more resources. In time, there will be a need for more formal social protection systems which, to date, have been lacking. The piloting of more formal systems including superannuation withdrawal, cash transfer initiatives, and stimulus packages continue occur sporadically across the region but will require greater momentum and national adoption to have an impact at scale.

The role of community participation, particularly in relation to preparedness initiatives and post-disaster assessments, has improved but would benefit from increased cultural sensitivity, more tailored interventions, and additional training for community adoption. Failure to engage local communities in the assessment process amplifies data collection and analysis challenges which can result in duplication, gaps in needs analyses, and failure to share data quickly.

The adoption of common assessment tools and technology platforms including the KoBo Toolbox and the Red Cross Community Assessment and Engagement Tool, have gone some way to improve cross-sector collaboration and coordination.

While local engagement risks local political interests skewing resource distribution, such outcomes point to weaknesses in accountability mechanisms, not a need to centralise — no level of governance is immune to political biases.

While COVID-19 restrictions will ultimately be lifted, Pacific Island countries have demonstrated their internal capacity to respond to large scale disasters without the traditional surge of the international community. There are still opportunities for reflection and improvement, but the reality is that the region has had a taste of true localisation and, as one research piece articulated, there is no turning back. 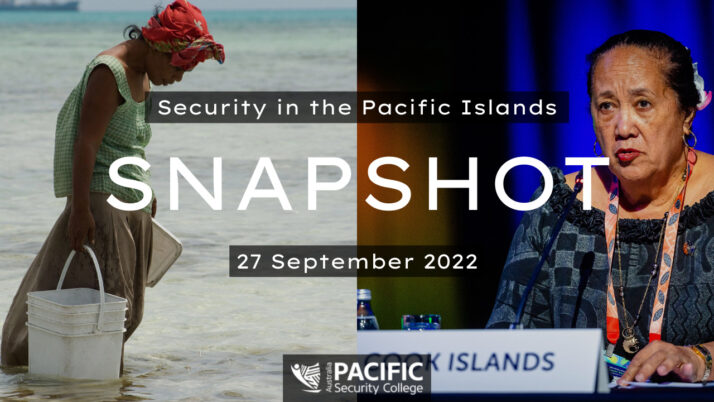 The security stories shaping the region Environmental disasters are dominating Pacific security concerns and some of the last of the region’s COVID-19 restrictions have been eased. The Inaugural Pacific Disaster Risk Reduction Ministers Meeting (PDRRMM), hosted by the Fiji Government in Nadi on 16 September, concluded with the establishment of a regional Humanitarian Assistance and…