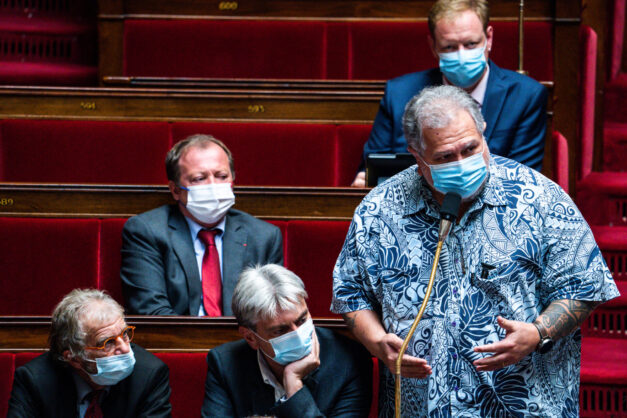 France is going ahead with the 12 December 2021 date for New Caledonia’s final referendum vote, despite the opposition of the mainly Indigenous independence parties. This undermines the legitimacy of the final step in what has been an innovative, collaborative Noumea Accord process, and puts regional stability at risk.

The decision will have serious domestic fallout in New Caledonia, where there are fears about the potential for violence. The decision has immediate consequences for the Melanesian and wider Pacific region, and the engagement of the United Nations.  It also raises questions about France’s commitment to its Indo-Pacific vision.

On 12 November, the French High Commissioner announced, at Ponérihouen in the heartland of New Caledonia’s Indigenous – and broadly pro-independence – Kanak people, that France would proceed with the third independence vote, promised under the 1998 Noumea Accord, on 12 December 2021.

This was after independence leaders, already dissatisfied with an earlier referendum date (the vote can be held any time before October 2022), called for a postponement on the basis of the devastating impact of the Delta variant of COVID-19 on the Kanak community.

Kanak grieving rites call for lengthy community engagement. Of the hundreds of deaths in New Caledonia since 6 September, most have been members of the Indigenous community. Kanak customary authorities declared a 12-month mourning period from that date and called for a postponement of the vote to allow communities to grieve.

When France initially ignored their requests, independence leaders called for non-participation by independence supporters if the date was maintained.

Reactions to France’s decision were immediate. Senior independence party leaders have described the decision as “resembling a declaration of war against the Kanak people”, foreshadowed they will contest the result, and called for “all Caledonian citizens” not to participate both in the vote and the necessary discussions about the future of the territory that are planned for immediately afterwards.

While calling for non-participation in a peaceful manner, they have noted that their 30,000 young Kanak supporters may not necessarily heed their call.

They say proceeding with an independence vote without the participation of the “colonised people” of New Caledonia would be absurd.

Loyalist leaders, on the other hand, have applauded the French decision. They prefer an earlier vote, as it will likely consolidate their majority and, they say, will allow the territory’s stagnant economy to move forward.

However, France’s decision in their favour, and the vehement reaction of independence parties, are likely to undermine the very stability essential to economic development.

Independence leaders have carefully used the word ‘non-participation’ rather than ‘boycott’, to distinguish this situation from their boycott of a 1987 referendum, which resulted in a bloody escalation of violence.  But, now as then, non-participation undermines the legitimacy of the referendum.

While the first two referendums in the current process saw a majority vote to stay with France, support for independence was significant and trended upwards. The independence vote grew from 43.3 per cent in 2018 to 46.7 per cent in 2020, with a corresponding increase in turnout from 81 per cent to over 85 per cent – numbers unheard of in French elections. In normal circumstances with such full participation, whatever the outcome, the third result would have been extremely close.

Instead, if non-participation calls are heeded, the outcome will see a low overall participation rate, with mainly pro-France supporters showing up to the polls, as occurred in the 1987 vote.

The fact that independence leaders are risking this outcome, particularly when special eligibility provisions favouring indigenous voters expire along with the Noumea Accord the day after the last vote, shows their concern at the effect of the COVID-19 pandemic on their people.

A contested result will have effects outside New Caledonia too. French Polynesian independence leader Oscar Temaru has expressed support for independence leaders, and the Melanesian Spearhead Group has already called for a postponement of the vote in the United Nations Decolonisation Committee.

The Pacific Islands Forum and the United Nations, both of whom observed the first two referendums, will be in a difficult position if the vote goes ahead without Kanak participation.

For its part, France has stuck to the decision, largely to avoid any overlap with the French presidential and parliamentary elections in April and June 2022. France’s Overseas Territories Minister has defended the legality of the decision, noting that France has the power to decide the date, and that, since France does not have compulsory voting, anyone can choose not to vote.

Most importantly, the decision suggests France’s apparent disregard for Kanak custom. As such, it appears to undermine France’s claim, articulated by President Emmanuel Macron in Papeete in July, that France is a responsible resident Indo-Pacific power on the basis of its Pacific sovereignty.

Australia, while taking no position on the result of the independence vote, would expect, along with its Pacific neighbours, that the spirit and letter of the Noumea Accord be respected as France takes the final step in a process that for 30 years has underpinned stability in its immediate area.

With the vote going ahead in these circumstances on 12 December, however, that stability is now clearly in jeopardy.

A deal to preserve the Pacific Islands Forum was the major security story of the fortnight, while Fiji has offered a sobering reminder of the impacts of climate change to world leaders. 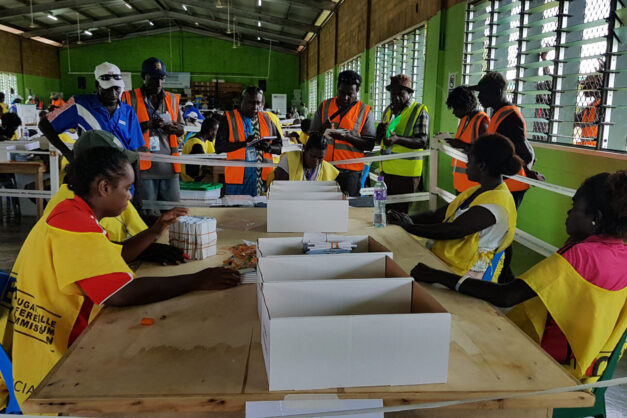