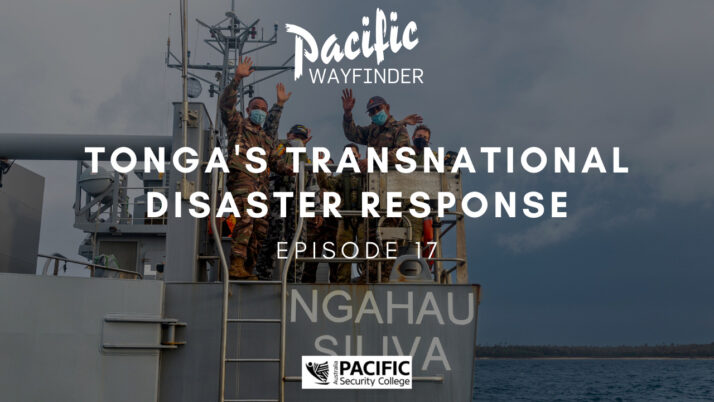 The Hunga Tonga-Hunga Ha’apai eruption revealed the powerful yet vulnerable links between Tonga and its transnational communities, Liam Taylor writes.

The eruption of the Hunga Tong-Hunga Ha’apai volcano in Tonga on 15 January triggered tsunamis reaching the Caribbean, sent atmospheric waves travelling around the globe several times, and shot a gigantic plume of gas and ash into the air.

At the same time, it broke the hearts of a vast Tongan transnational community. In Australia, a large Tongan population, including an estimated 5,000 seasonal workers, struggled to obtain any information about the safety of their families, community or country.

The severing of the undersea fibre optic cable connecting Tonga to the world tormented overseas communities that had no way of knowing the extent of damage caused by the eruption.

Speaking in the latest Pacific Wayfinder podcast, Secretary General of the Tongan Red Cross, Sione Taumoefolau, and the Tongan Deputy High Commissioner to Australia, Curtis Tu’ihalangingie, described the destruction experienced by the island kingdom, and its effect on Australia’s Tongan diaspora.

“The Tongan community here in Australia were very concerned; whether their family had been wiped out or if Tonga was destroyed,” Mr Tu’ihalangingie said.

Most large countries in the region, including Australia, Papua New Guinea and New Zealand, have between two and five fibre optic submarine cables. In recent years, many new cable developments have been led by Google, Facebook, Microsoft and Amazon.

However, these tech giants have few market incentives to fund similar projects for small Pacific Island states. This means many island countries are entirely dependent on a single cable, and a single point of weakness.

Furthermore, this is not the first time Tonga’s connection to the world has proved porous. In 2019, accidental damage to its fibre optic cable led to a two-week Internet blackout, severely impacting economic activity. This event also prompted concern about the susceptibility of undersea cables to cyber warfare attacks and the security of small island states.

As a result, many aid partners, including the United States, Australia, New Zealand and China have been competing to provide new developments.

However, other forms of communications technology have also been prioritised.

Mr Tu’ihalangingie explained that the first line of satellite communication out of Tonga was recently set up between Australia and Tonga’s respective diplomatic posts. This enabled the provision of some consular services for Tongans in Australia, including sending the addresses of loved ones in Tonga to be checked for damage.

Families in some parts of the Ha’apai Islands were also able to transmit and receive calls via small satellite systems owned by the University of South Pacific.

However, after communications were fully restored, the power of Tonga’s links to its transnational community were demonstrated. Secretary Taumoefolau spoke about the extensive support provided by aid partners, as Tonga “received so many ships from Australia, New Zealand, China, France, Japan and others.”

He explained this helped Tonga in “responding to immediate needs,” including providing safe drinking water and emergency shelter for those displaced by the tsunami’s impact, especially on the small southern islands of Nomuka, Tanoa and Fonoifua.

Mr Tu’ihalangingie echoed this, recalling the multiple offers of support he received internationally and from within Tonga’s transnational community.

“It was a very humbling experience for me because it [was] amazing to see how much Tonga is being loved and how much countries and people are willing to help.”

Unfortunately, as aid arrived in the Kingdom, so did its first outbreak of COVID-19.

“We then had to deal with two disasters,” Tu’ihalangingie explained.

Since COVID-19 arrived in Tonga, there have been 7,665 confirmed cases of COVID-19 and nine deaths.

Looking forward, Secretary Taumoefolau highlighted the need to ensure enduring housing solutions for those displaced by the tsunami and to address COVID-19 and other health issues, including a higher risk of mosquito and water-borne diseases brought on by high water levels.

However, the Secretary remained hopeful, noting that “foundations of new houses are already being laid.”

Whilst the Hunga Tong-Hunga Ha’apai eruption exposed the vulnerability of Tonga’s links to the globe, the subsequent relief effort demonstrated the strong people-to-people connections between the Kingdom, its transnational communities, and partners around the world. 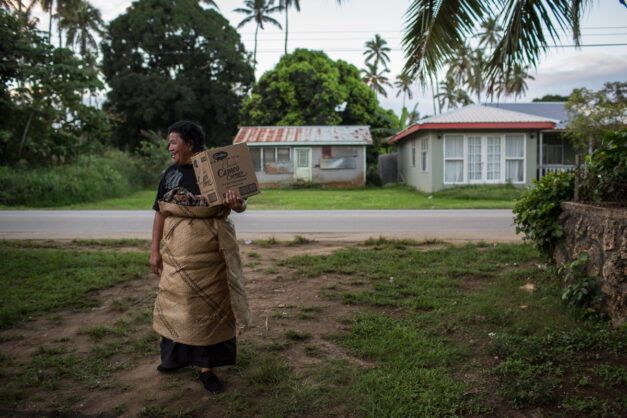 Is aid to Tonga reaching those who need it most?

When Tonga experienced a wave of disasters earlier this year, the world rallied in support, but the Tongan government and its international partners must work hard to ensure aid can reach those who need it most, Telusa Fotu Tu’i’onetoa writes. Tonga is one of the most natural disaster prone nations on earth. From October to… 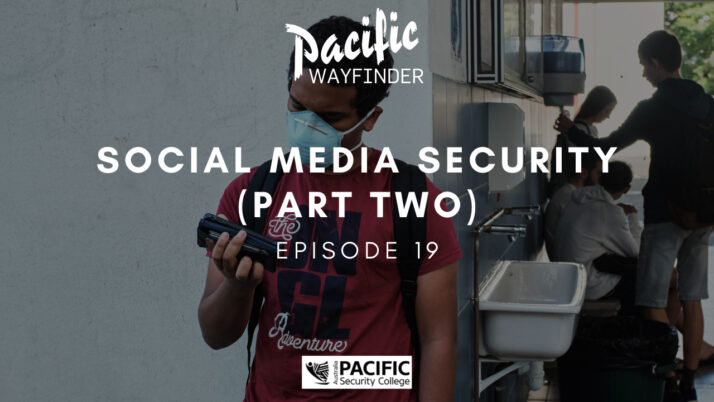