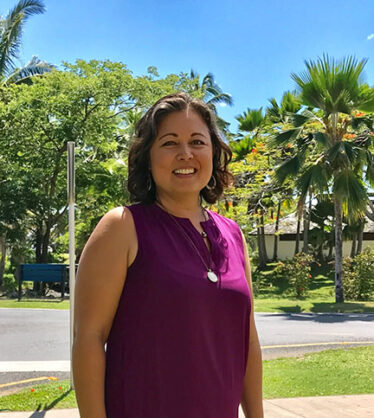 Rhea Moss-Christian is the former Chair of the Marshall Islands National Nuclear Commission (NNC), a government entity established in 2017 to address outstanding impacts of the US nuclear weapons testing program in the Marshall Islands. She was appointed by the RMI President and Cabinet shortly after the NNC was established and serves alongside two other Commissioners. Prior to serving in this role, Rhea served as the Chair of the Western and Central Pacific Fisheries Commission from 2015-2018, the first woman to serve in this position. Her regional fisheries experience spans over 20 years and includes work with the US National Marine Fisheries Service, the FSM National Fisheries Authority, and the RMI Ministry of Foreign Affairs and the Ministry of Resources and Development.

Currently, Rhea is working as an independent consultant in the region’s tuna fisheries sector, providing support to Pacific Island countries on matters relating to tuna fisheries management and compliance. She is contracted by the Forum Fisheries Agency as well as The Nature Conservancy on development of electronic monitoring programs and standards in the region’s longline fisheries sector. She is also leading work in the Western and Central Pacific Fisheries Commission on development of compliance monitoring criteria. Recently, Rhea was appointed to serve as RMI’s Honorary Consul to the Federated States of Micronesia. Rhea also holds a seat on the Board of Trustees for the Micronesia Conservation Trust.

Rhea’s public service career began in the RMI Ministry of Foreign Affairs in 1996 when she held the portfolio of Undersecretary of Asia-Pacific Affairs. She later served as RMI’s Assistant Secretary for Resources and Development and as an Oceans Adviser to the Minister of Foreign Affairs and Trade.

Rhea was born in the Marshall Islands and is a dual national of the Marshall Islands and the United States. She holds a Master of Arts in International Policy Studies (‘05) from Stanford University, a Post-Graduate Certificate in Diplomatic Studies (’00) from Oxford University, and a Bachelor of Arts in Politics (’96) from the University of California, Santa Cruz. She is currently working on a Masters in Global Business Administration (exp. ‘23) from Tufts University’s The Fletcher School.

Rhea resides in Pohnpei with her husband, Christopher Christian, and her young daughter, Isla.